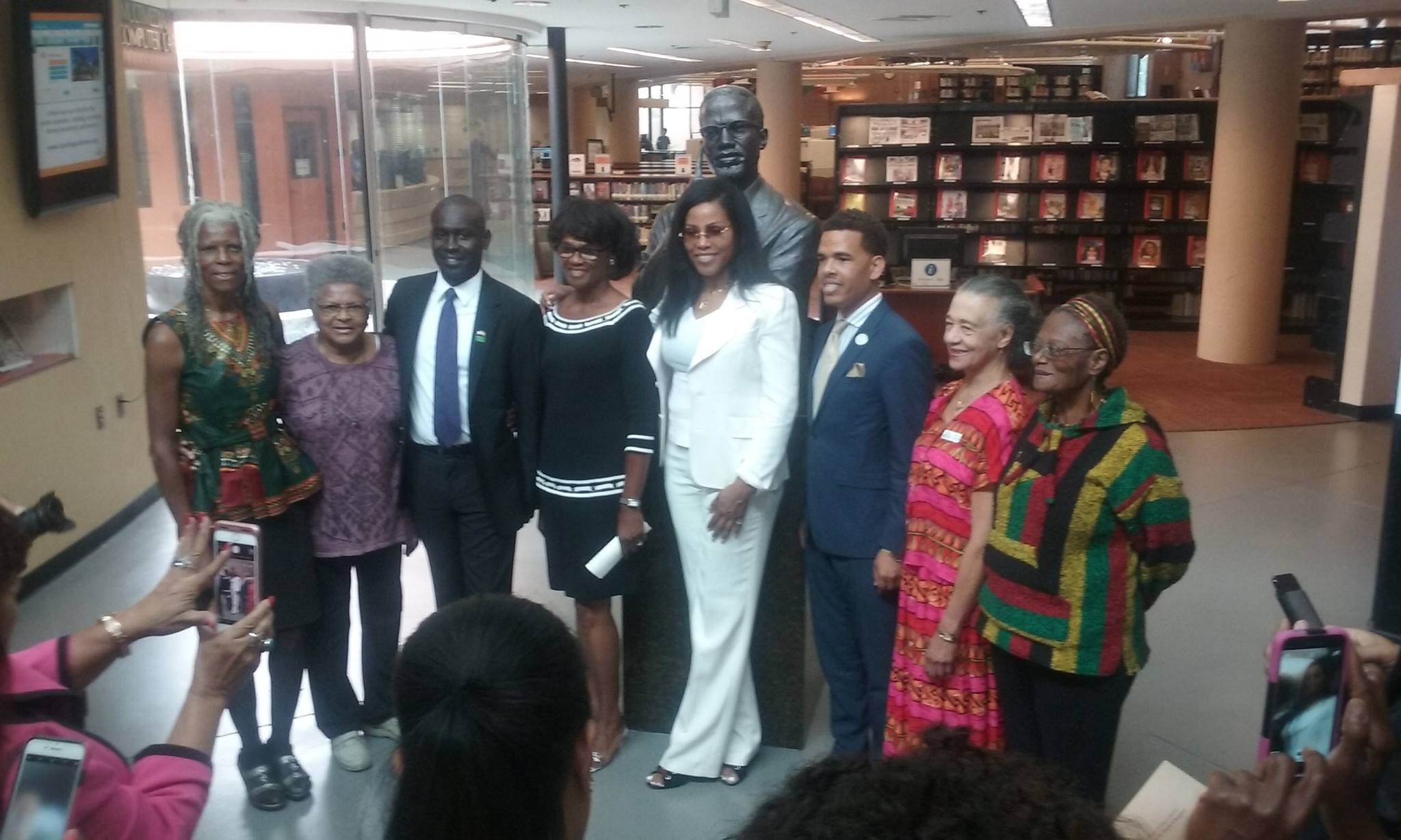 Ilyasah Al-Shabazz, daughter of Malcolm X, visited the Malcolm X Library and Performing Arts Center in San Diego for the first time on Sept. 14. Shabazz came to the city for a speaking engagement at the Aztec Student Union Center at San Diego State University. The Rev. Shane Harris, local chapter president of the National Action Network, arranged for her to meet with the Friends of the Malcolm X Library and to tour the only public library in the U.S. named after her father.

The Friends of the Malcolm X Library, including this writer, its staff, members of the community and some of the local media were there to greet Shabazz as she entered the library. Cell-phone cameras were flashing as she began the tour, led by library branch manager Lavonda Shaw. First was a viewing of the bust of Malcolm X and portraits of Malcolm X and Betty Shabazz mounted near one of the library’s entrances.

Cameras flashed as Shabazz observed the indoor fountain, which contains a quote by Malcolm X that reads: ”I have often reflected on the new vistas that reading opened to me. As I see it today the ability to read awoke inside me some long dormant craving to be mentally alive.” The group moved to the children’s section, where Shabazz knelt and gave a high-five to a youngster using a computer. The tour ended in the Teen Center.

After the tour, Shabazz returned to the bust of her father, and took pictures with individuals and groups for nearly 30 minutes. The group then headed to the performance annex, where she spoke. One of the first issues that Shabazz addressed was about homeless people sleeping on the streets: “It is really surprising to me. If I lived here that would be something I would work on because I can’t bear to see someone homeless.”